Just added to your cart

Have a big race coming up?

Our good friends at CORE Nutrition Planning (www.fuelthecore.com) recently shared the following nutrition guidelines for athletes doing a half distance triathlon.  We thought it made so much sense that we wanted to pass along the wisdom.

You can also build your own FREE personalized nutrition plan at CORE: Sign Up

The three most important nutritional issues during a half distance triathlon are:

1.    Meeting the man with the hammer: Running out of fuel, hitting the wall, bonking, or just not being able to keep up the intensity during the last part of the race.

2.    Dehydration: Becoming progressively dehydrated to an extent where this will limit performance.

3.    Stomach problems: Gastrointestinal problems such as stomach cramps, bloating, etc. that can have a negative impact on your performance.

The main fuel for an event like this is carbohydrate, especially if you are completing the race closer to the 4 hour mark than the 7 hour mark. Your body stores contain roughly 500 grams of carbohydrate (this is 2000 kcal), not enough to make it to the finish line. In theory it should be enough to get most athletes through the first 3 hours of a race but topping up from the start is essential. Because it takes time for carbohydrate to be absorbed, you need to start early with fueling to make sure you avoid carbohydrate depletion. Once you run out of carbohydrate stores it is difficult to recover.

As a general rule, aim for 60 grams of carbohydrate per hour. This carbohydrate can be in the form of a bar, a gel, chews, or a drink. If you use solid foods, make sure fat, protein and fiber content are low (no more than a few grams). What you use is entirely up to you and your personal preferences. Faster athletes tend to use more liquids and less solids because it can be difficult to chew at high intensities. It has also been shown that factors like fiber intake, fat intake and the use of very concentrated carbohydrate drinks are causes of gastrointestinal discomfort. So combining these three main issues, you need to plan ahead and have a rough idea where you are going to get your carbohydrate from (drinks, gels, bars), how much fluid you need to take in and where you are going to get this from (carry, special needs for feed stations) and make sure you reach approximately 60 g/hr of carbohydrate intake and enough fluid to not lose a lot of weight. You can get a good idea by weighing yourself before and after training. Think about this in advance and write down your plan.

The most common mistakes are:

1.    Sticking to a plan at all costs:  If for some unforeseen reason you cannot follow the plan (you lost a bottle, or you are developing gastrointestinal problems), do not continue with the plan at all costs. Be flexible and adapt. A slightly lower intake is not going to be a problem, forcing more nutrition in will.

2.    Trying something new on race day:  Sometimes you’ll see athletes walk around expos, buying new products for the race the next day. Only use products that you have tried and tested, products you know you tolerate well.

3.    Thinking that more is better:  Drinking more and eating more is not always better. Sure, you have to take in enough energy and enough fluids, but once you achieve the basic needs, more is not necessarily better and in some cases detrimental.

A COUPLE OF EXTRA POINTS:

1.    Sodium losses in a race like this are unlikely to affect performance in the vast majority of athletes, so sodium supplementation should not be a priority. Too much might cause gastrointestinal problems.

2.    Caffeine (low dose: 3mg/kg one hour before: equivalent of a big cup of coffee or 2 espressos before the start) may help some athletes. Some athletes like it, some don’t. Experiment in training and find out what works for you.

About Core Nutrition Planning: Founded by Sports Nutrition Scientist and Ironman athlete Asker Jeukendrup and Cyclist and Triathlete Bill Braun, CORE uses evidence-based guidelines from the latest sports nutrition research along with input from the athlete, with input about them, their event, and their preferred fuels to build personalized nutrition plans that help the athlete maximize performance.  Learn more at www.fuelthecore.com. 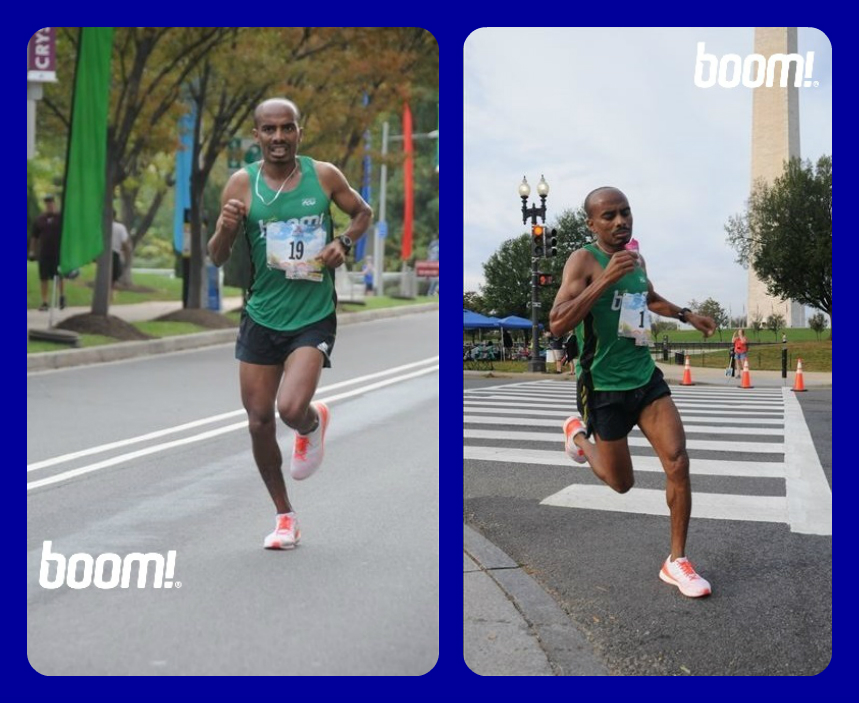 Back to BOOM! Blog
Use left/right arrows to navigate the slideshow or swipe left/right if using a mobile device